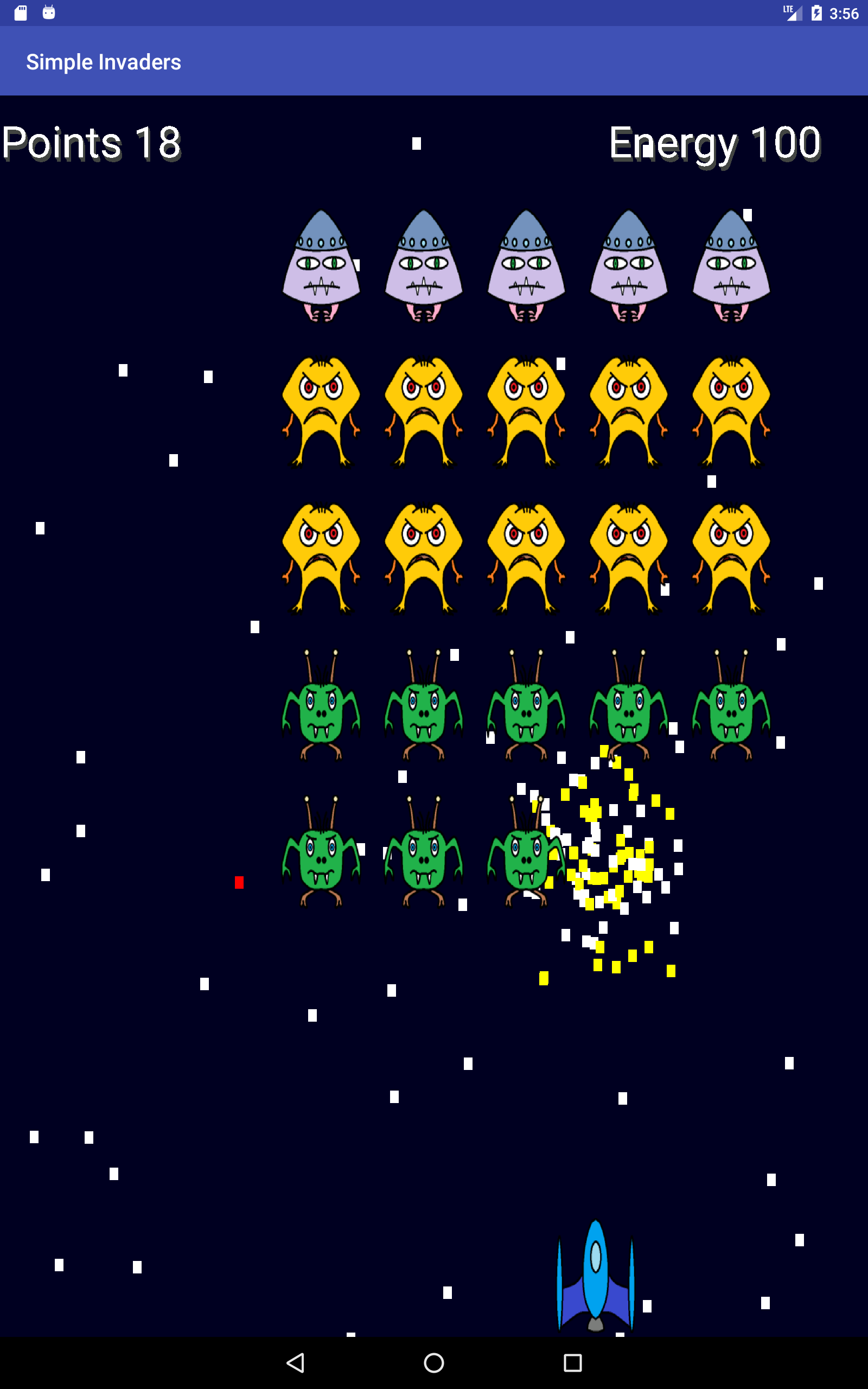 Since the 80s are not dead, here is a little game with angry evil aliens from outer space. They marching in lines to invade our poor blue planet.

You are our hero and you will fight with your spaceship against the evil invaders. Fire with your lasergun to clear the enemy lines.

Sometimes enemy leaders appear over the attacking ranks. Shoot them to get more firepower or refill your shield energy.

Try to destroy as many aliens as you can, but even when you cleard all the lines of an attacking unit, another unit will appear...

Defend the alien fleet over the city of Atlantis.