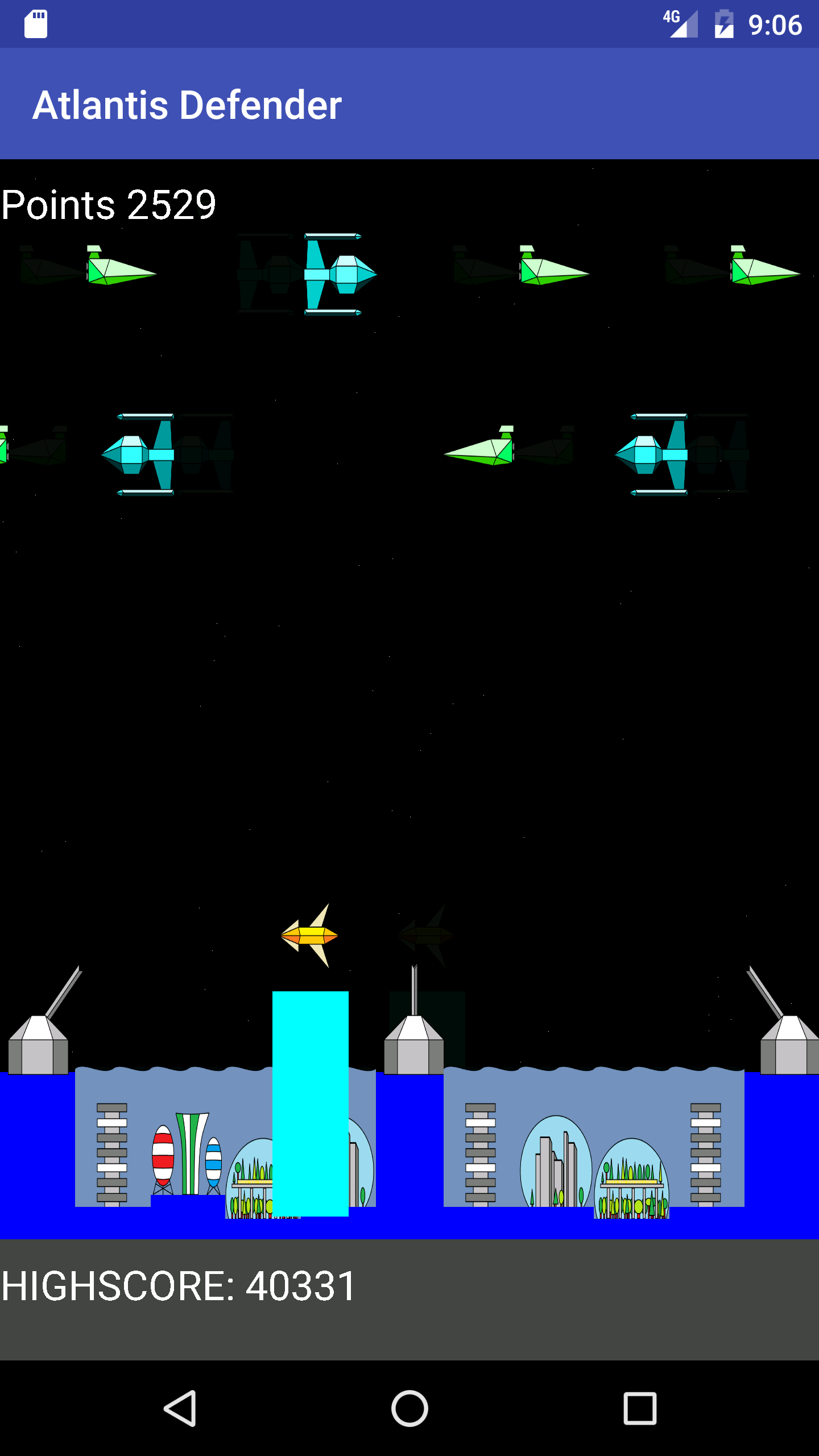 Destroy the alien fleet over the city of Atlantis.

In this simple arcade game you can try to destroy the invading enemy fleet with three huge anti-aircraft-guns. The guns are fixed on three islands over the surface above the city of Atlantis. Fire what you can to end this evil invasion!

The longer atlantis survives and the more enemy ships you destroy, the more points you'll get.

After the end of the battle you can enter your nickname and your country into the international highscore list. You have an extra highscorelist for every country in the world!

This game is freeware. No in-app-products and no in-game-advertises. Only after the highscore list, advertises are shown. This is the only way this app will be funded.